It’s Easter in a few weeks and I couldn’t let it go past without a post about eggs. Not the chocolate variety which have been over-populating the shelves of supermarkets since January, but the real ones. If our allotments allowed chickens, then I’d have chickens because eggs are one of nature’s best products. They are so versatile; being useful as a raising agent in cakes, giving pastry a sheen, enriching dough and that’s before I mention egg as eggs. We eat a lot of eggs in this country; the largest egg retailer in the UK., Tesco, sell around 1.3 billion eggs every year. Apparently we are enjoying a period of relative low prices for eggs (although not as low as during the days of battery farming); in the 1950s a dozen eggs cost the equivalent of £7 today, whereas a dozen free-range in my local supermarket is £2.90. So, eggs offer a budget helping ingredient for us all. Here are my favourite five uses of the humble egg. Some use its pour to give rise in foods, and some just celebrate the egg.

Frittata  – This is one of my favourite simple summer lunches, and is delicious hot or cold. Take your eggs (allow 2 per person) and beat them, adding salt, pepper, grated parmesan and any other ingredients you want. I tend to use a mixture of chopped fresh herbs, perhaps some cold sliced potatoes, or some green beans (whatever the allotment has to offer). Beat once more. Gently heat a little oil in a frying pan and pour in the egg mixture. Use a spatula to move the mixture away from the sides of the pan, then allow to cook for (covered) for a few minutes until the egg is set, before turning the frittata and cooking the top side for a few minutes. Remove from the pan when slightly golden, slice and eat (or wait until cold and devour on a picnic).

Omelette Arnold Bennett – A classic, and a good one. Start by poaching some smoked haddock in milk. Once just cooked, remove the fish and use the milk to make a white sauce. Fold the flaked haddock into the sauce with some chopped parsley. Make an omelette your usual way, then top with the fish and sauce. Sprinkle with some parmesan, then grill until golden brown. Makes a fantastic light lunch.

Pancakes – Adapted from a Jamie Oliver recipe to fit into my son’s gluten-free diet, these are a frequent weekend breakfast. Separate 3 eggs, whisking the whites to stiff peaks. Add 115g gluten-free flour, 1tsp. gluten-free baking powder and 130ml milk to the yolks and mix to form thick batter. Fold the eggs into the batter. Heat non-stick pan. Ladle some batter into a pan and fry for a couple of minutes until it starts to look golden, flip the pancake over and continue frying until both sides are golden. We like to serve with sliced banana and maple syrup drizzled on top.

Scotch Egg – The scotch egg is the perfect picnic food. Claimed to be invented by Fortnum & Mason in 1738 to provide stagecoach passengers with a portable snack, they team sausage meat with a hardboiled egg and a crispy crust. Homemade scotch eggs are so much better than shop bought, and are pretty easy to make. Cook your eggs your usual method for a hard boiled egg (I like to slightly undercook them to get a slightly soft yolk inside), then cool and peel. For two scotch eggs you will need a three good sausages. Remove the meat from the skins and season a little more, adding some ground fennel seed is always a good idea. Using a wet hand divide the sausage meat and shape around the egg. If you have time, chill the wrapped eggs in the fridge for a few minutes. Dust the eggs in flour, then roll in egg and cover in breadcrumbs, before frying for 4-5 minutes until golden and crisp. Remove from oil with slotted spoon and place on kitchen towel to absorb excess oil. Eat; or pop in your picnic basket.

Goat’s Cheese & Chive Soufflé – Soufflé’s have a reputation as being tricky, but this recipe is easy and pretty reliable. Prepare ramekins by buttering them and placing a tube of greased parchment in each to act as a collar for the soufflé. Start by infusing 150ml of warm milk with a bay leaf, an onion and a few sprigs of thyme. Make a roux and add the strained infused milk slowly, stirring until it makes a smooth thick paste. Remove from the heat and add 50g diced goats cheese. Add two egg yolks to the mix, allow to cool a little, then mix a further 50g cheese and a few finely chopped chives into the sauce. Whisk the egg whites until stiff. Gently fold the egg whites into the cheese mix. Dust 2 greased ramekins with parmesan, then share out the mix between them. Bake on a preheated baking tray (220°C) in the oven for 23-25 minutes or until golden-brown and risen.

What ways do you use eggs in your cooking? 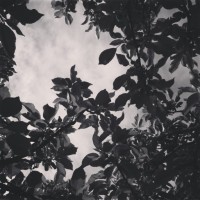